After sending off many groups to our fly-in lakes this summer, on July 5th it was my turn to go! Three friends of mine, Kyle, Anna, and Drew drove up from Northern Wisconsin to fly out early the next morning with my friend Erin (who also works at camp), myself, and my husband Devin. This trip has been in the works for almost a year and it was finally here! We flew out on Saturday morning at 5:00 a.m. to Upper Wapesi, which would be our home for the next 4 days. Wilderness Air picked us up at the dock at Northern Lights Resort. It was a gorgeous, calm morning, and our flight was great!

By 6:00 a.m. we had already settled into our cabin and we were out in the boats looking for the hot spots!  The 3 girls jumped in one boat and the 3 guys in the other. The guys immediately found a sand bar in the middle of the lake, which was marked with a milk jug. I would say that's cheating, but man did they catch fish! In the girls boat, we trolled the shoreline finding fish the entire way. We found a couple "hot spots" that we came back to throughout the trip. 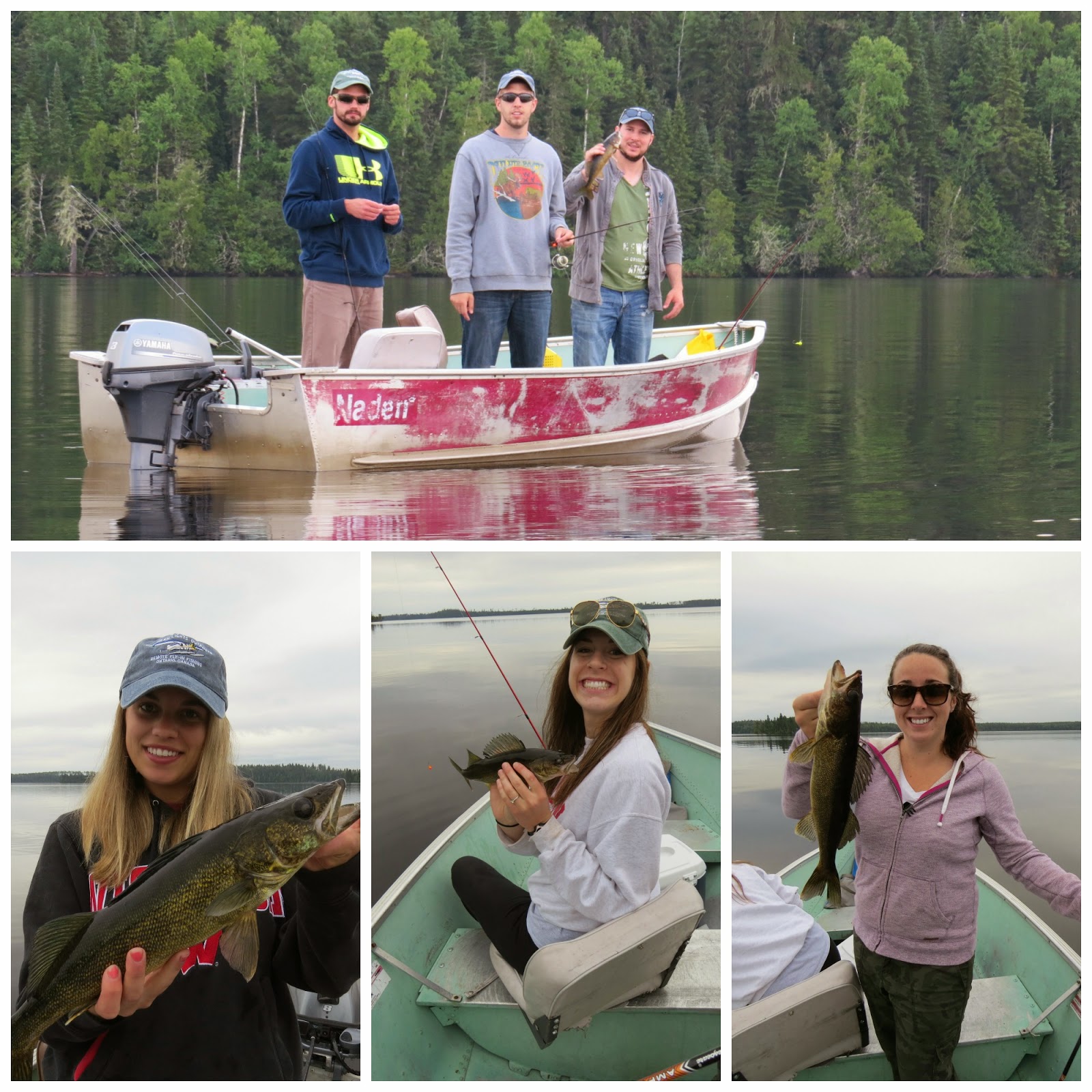 We all fished using 1/8 oz. jigs with minnows (provided by the Clark's) and found that the Walleyes were still in pretty shallow. By 9:00 a.m. we had caught and released hundreds of fish. Many were over 20". We kept enough smaller ones for lunch and headed back to the cabin. 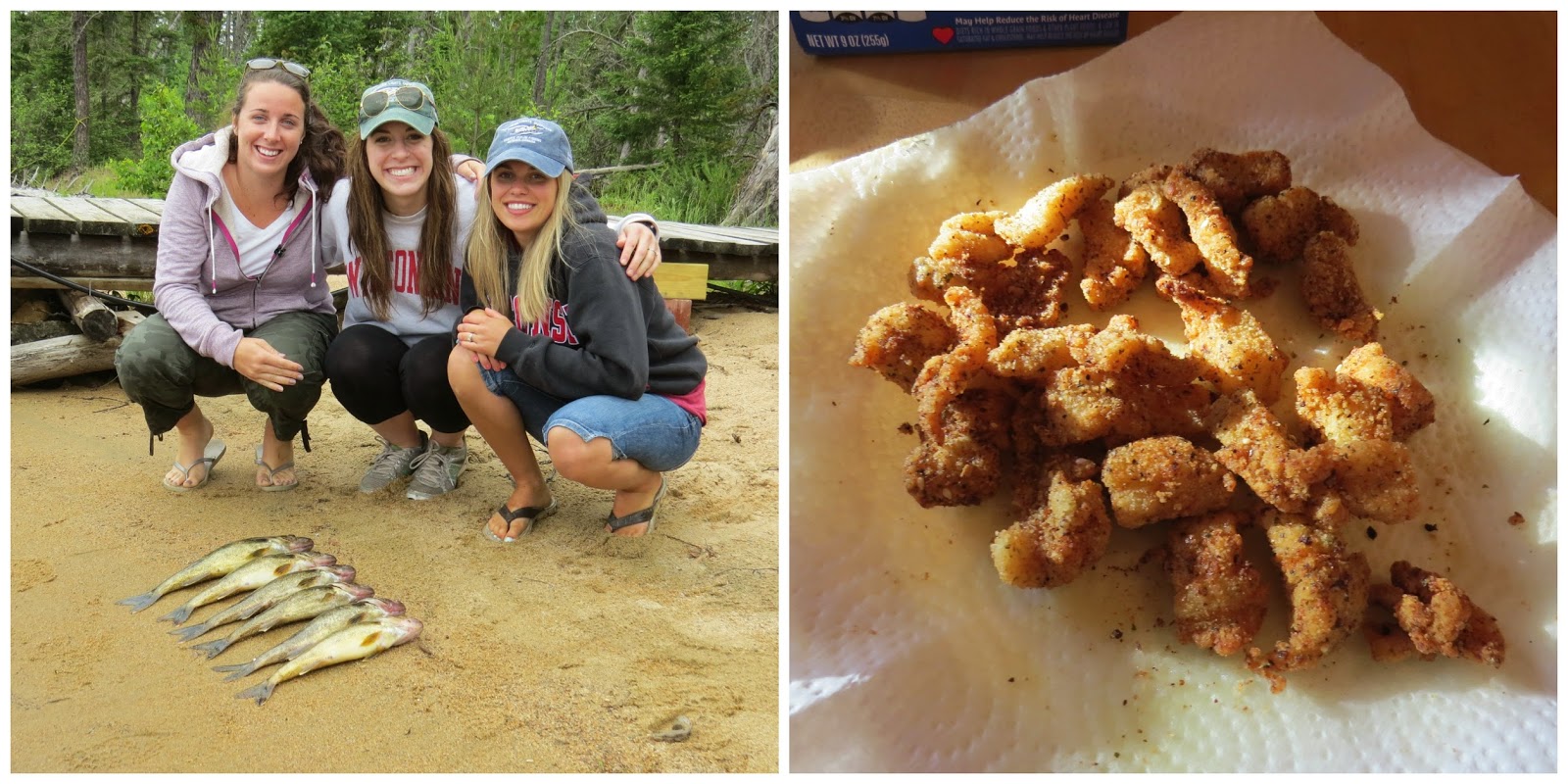 We feasted on fish, played games, relaxed, napped, and fished some more. We ended the day by sitting around the campfire reflecting on our day, reminiscing, and sharing stories. The next few days that followed were much the same as the first. We caught more fish than we could have imagined, even catching some nice ones off the dock. We did some swimming despite the cooler temperatures, and just enjoyed spending time together. 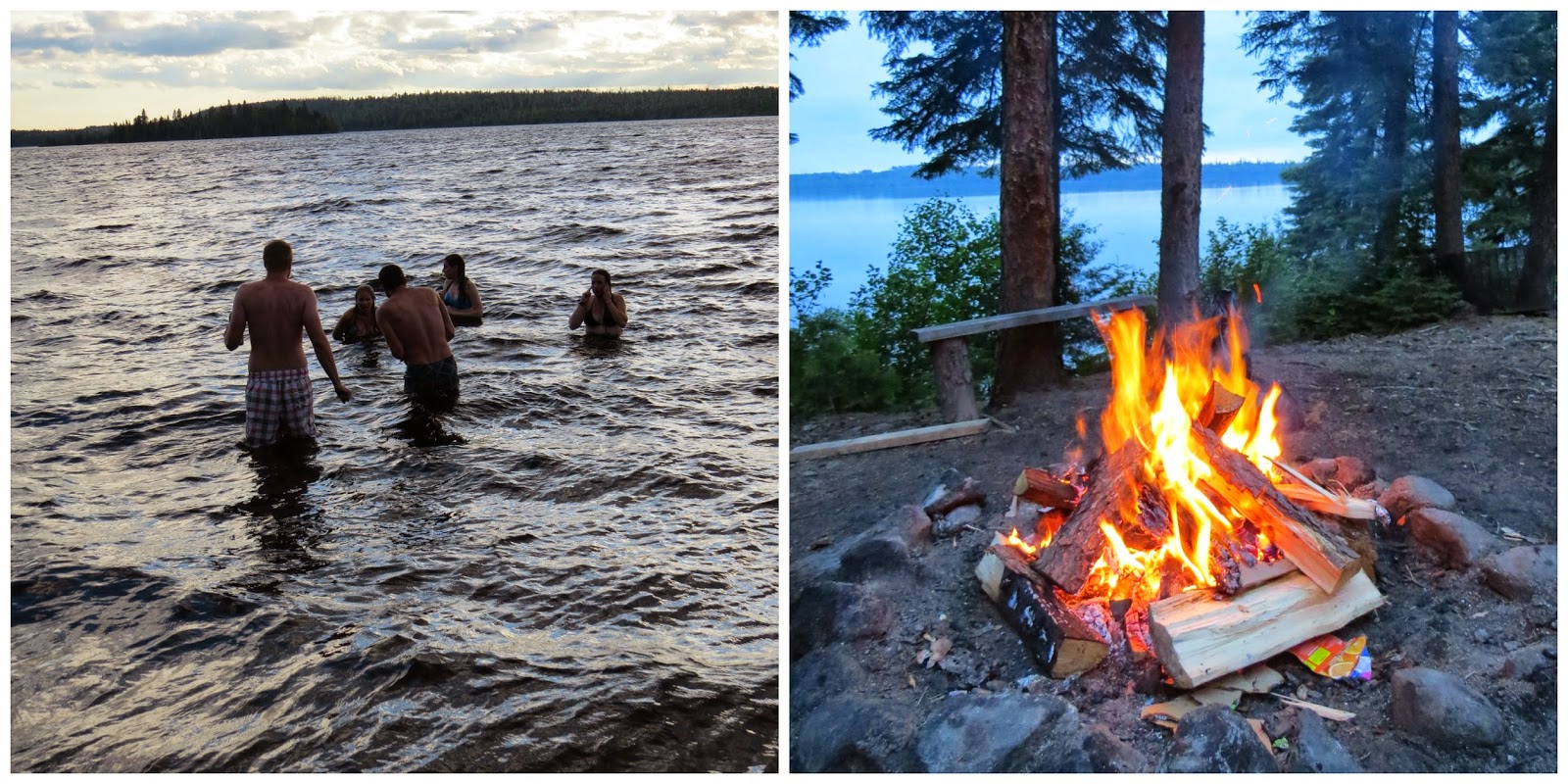 One day, we ventured over to Pusher Lake where we have another outpost cabin. Dad said to just boat down the river - it was easy! That turned into quite the adventure as we had to get the boats through some very shallow water and over a beaver damn! We did make it, but not without a little struggle and a lot of laughs. The ride down the river was beautiful and the cabin on Pusher Lake was great. It is in a really neat spot, situated on a gorgeous point. We sat in the sun, fished off the dock, and ate lunch. Our day spent at Pusher Lake was awesome. 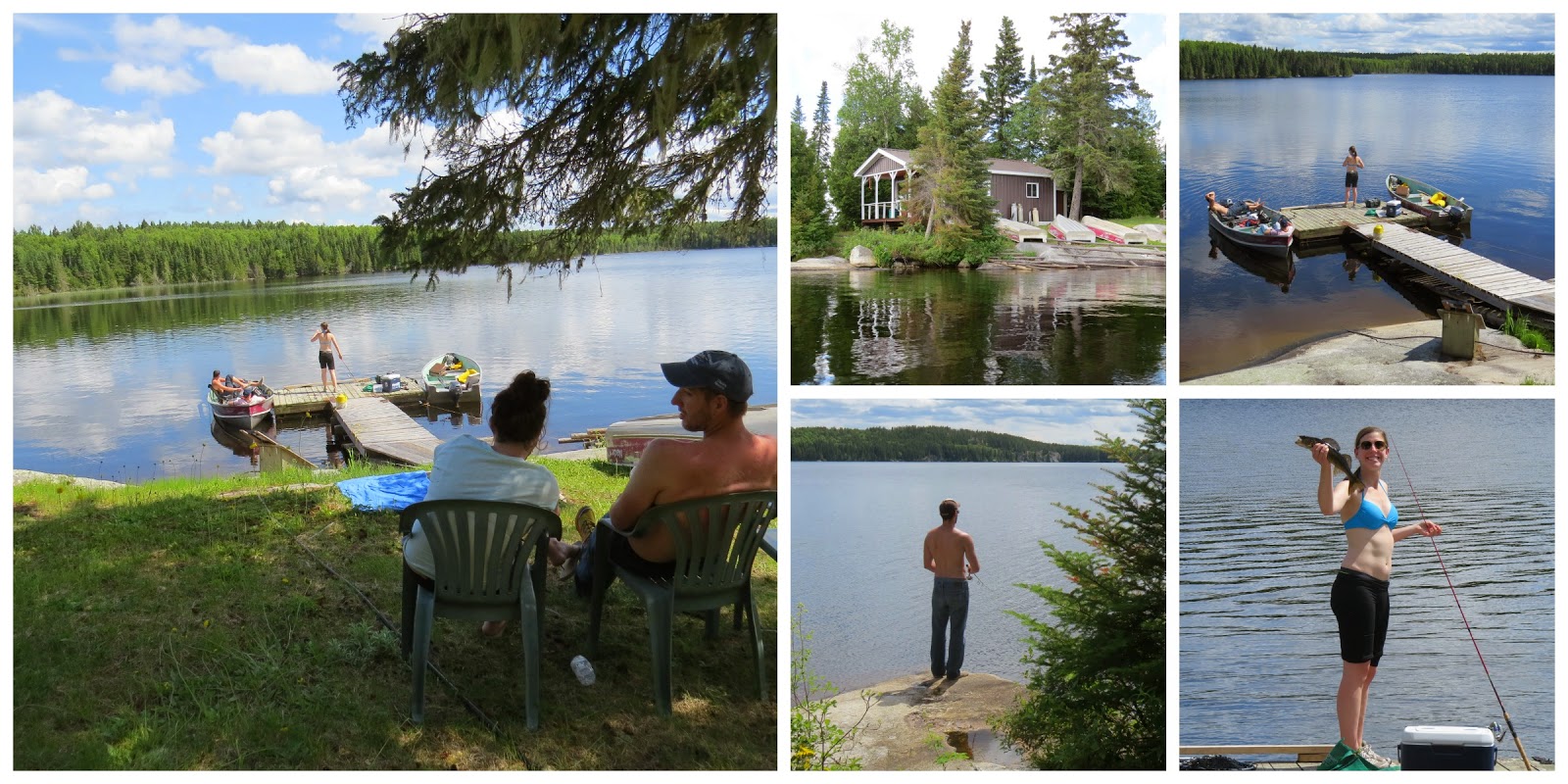 The next day, when the airplanes came to pick us up, we were all sad to have to go home. We had such a good time together and the days flew by too fast. There is just something about being in the wilderness, with no one around but your best friends, no contact with the outside world, and that peacefulness that cannot be found anywhere else. 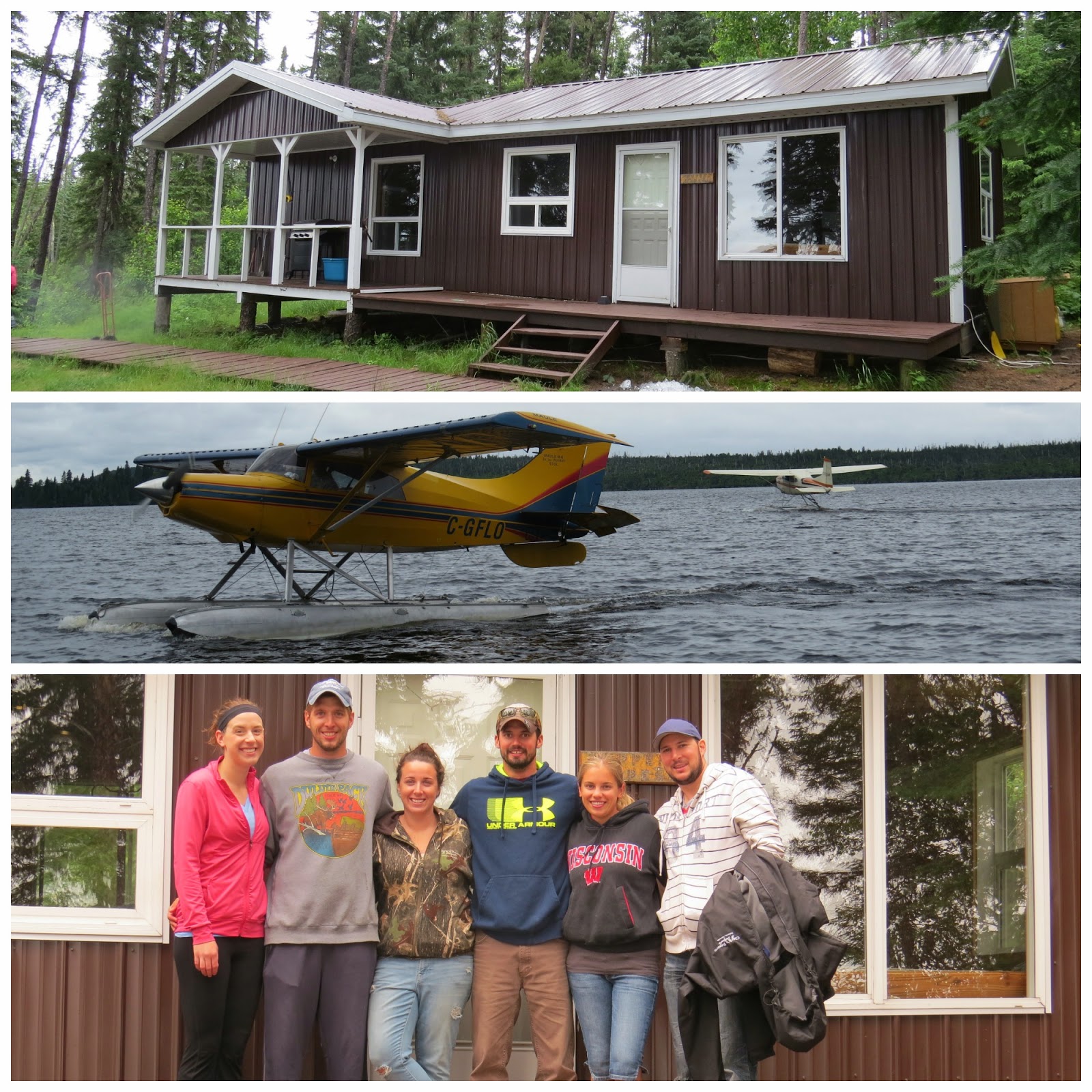 Hopefully we can do this again sometime soon. There is no better way to make memories that will last a lifetime!