Just a quick update on Kapikik...

Dad and Chris just got back yesterday afternoon from Kapikik. They left on Monday for Ear Falls where they stayed the night in a hotel. Monday night was going to be a cold one, which was why they packed everything up and took off. They wanted to leave as early as possible on Tuesday morning from Ear Falls to hit the winter road.

They left Ear Falls around 5:00 a.m. on Tuesday in their trucks, hauling those great big trailers, full of snowmobiles, (2) boats, mattresses, and bed frames. They made it to the end of the South Bay Mine Road round 9:00 a.m. and parked their trucks.

They secured the boats behind their snowmobiles and piled the mattresses and bed frames inside the boats. They began their 51 mile journey across the several lakes and portages. It was still very cold at this time, which made for good lake conditions. The crust kept their snowmobiles and the boats out of the slush and by some miracle, they didn't get stuck even once! It only took them two hours to get to the cabin. 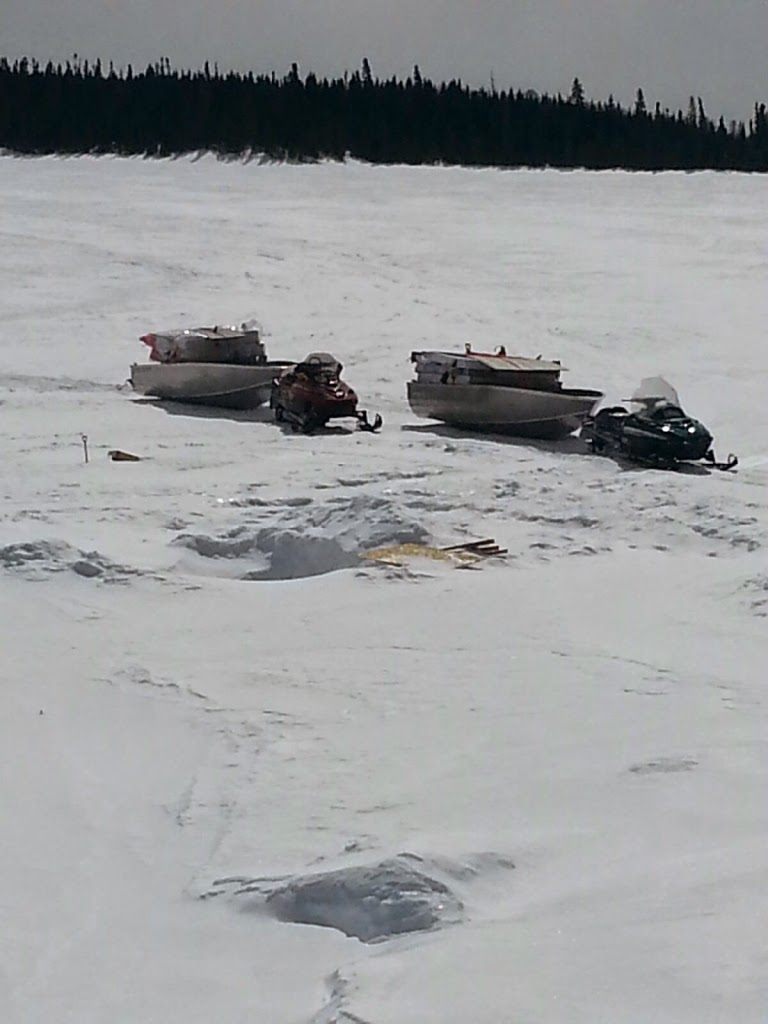 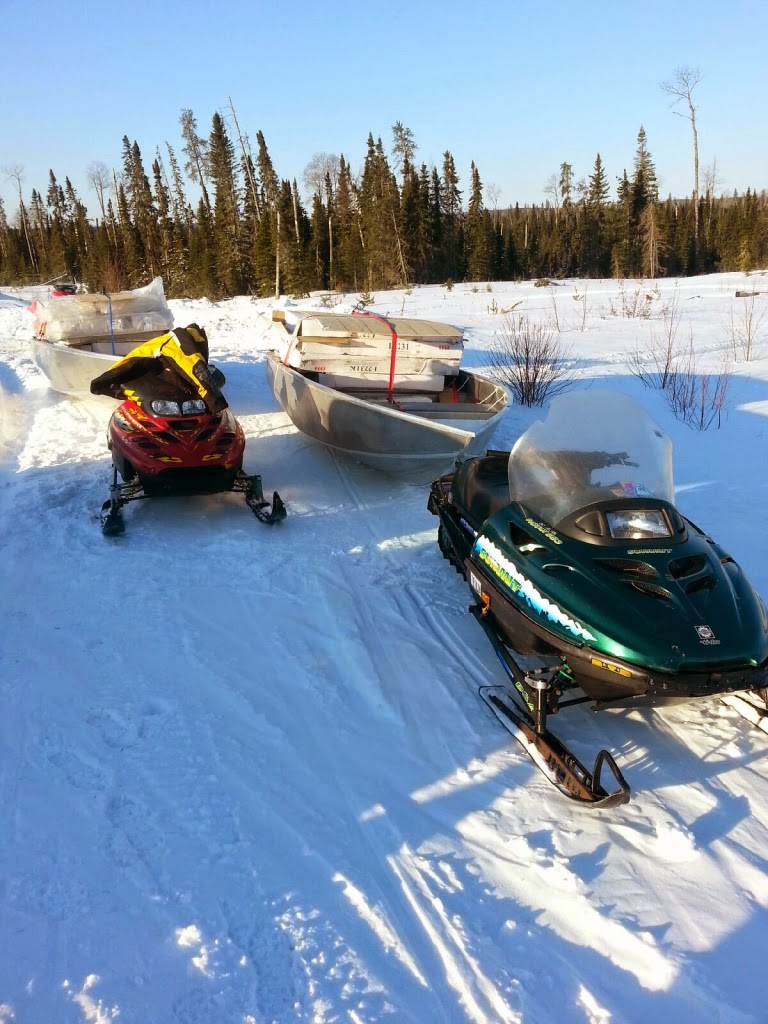 They arrived at the cabin at about 11:00 a.m., giving them the entire day ahead to work on the interior. They finished the bathroom walls & floor and they put together the metal bunk bed frames. The bunk beds are now complete with comfortable mattresses just like you'd find in a home; no flat foam mattresses here... 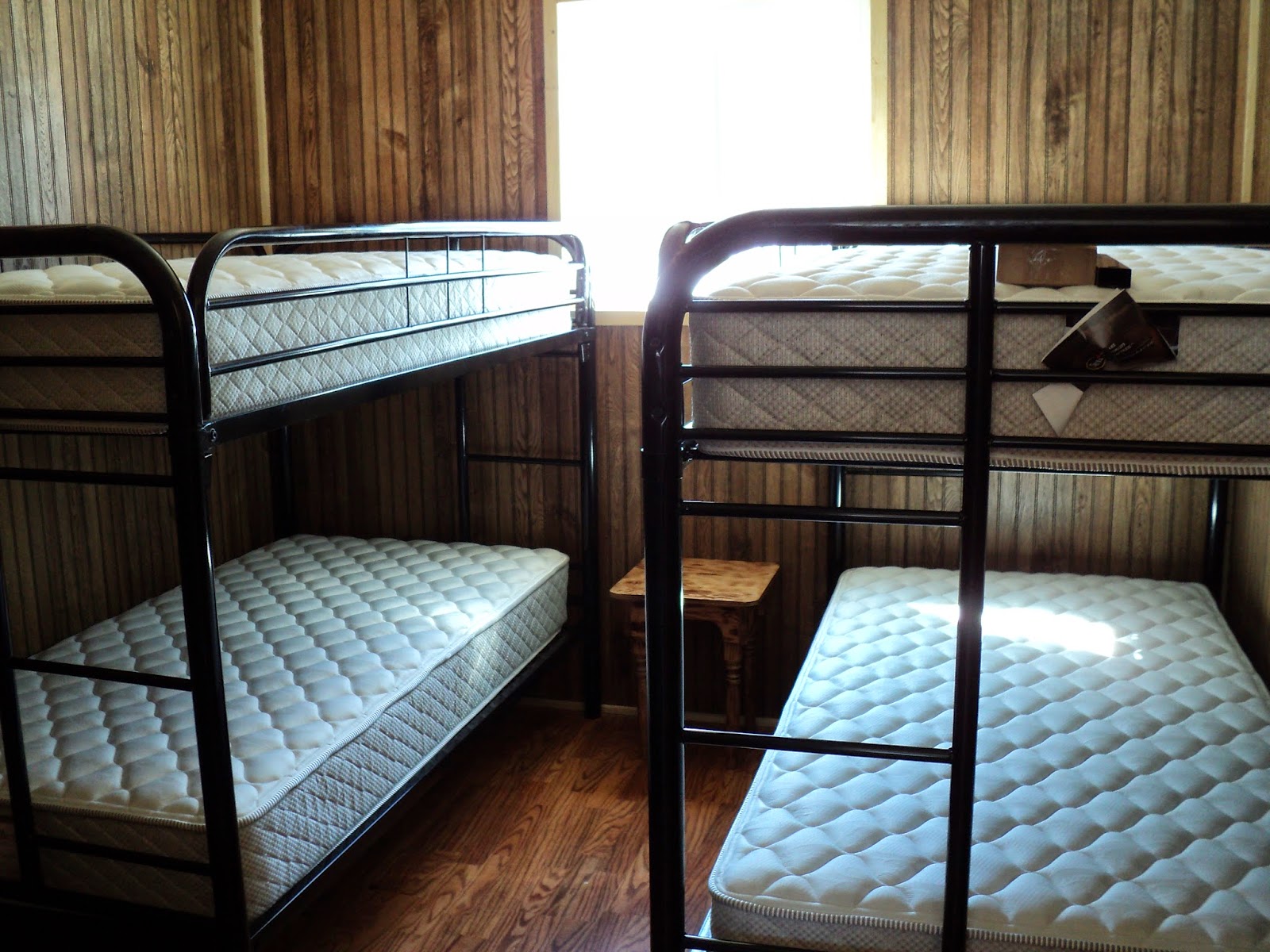 They had no problems on their way out either and were home by late afternoon yesterday. Next on the agenda is hanging the interior doors, finishing the plumbing, and installing the bathroom vanity. We don't have very much time now before the ice conditions worsen. It's officially crunch time!